The National Collegiate Hockey Conference (NCHC) has announced the schedule for the shortened 2020-21 season, a slate of 26 league games for each school. The season will begin for all eight schools in Omaha, Nebraska, as 40 games (from December 1-20, 2020) will kickoff the season with each team playing 10 times in that three-week span. The conference has been arranged into two divisions -- an East and a West Division for scheduling purposes only -- to help mitigate long travel during the season.  Everyone will play its cross-division foes two times (eight games total), all of which take place in the pod at Baxter Arena in Omaha.  Divisional schools will play each other six times, 16 of which take place during normal travel starting in January, the other two coming in the pod schedule. 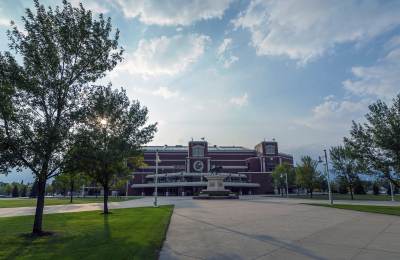