You don’t have to travel south of the border to satisfy your craving for muy delicioso Mexican food...just jump in the car and head to #SimplyGrand Forks!

Even though it has been around for years, Mexican Village continues to win over new customers daily. Everyone loves Mexican Village’s tortilla chips so much they can even be purchased at local grocery stores. Paired with the housemade salsa, it’s hard to stop yourself from emptying the whole basket even before your dinner arrives. Mexican Village’s menu is filled with lots of entrees that will fill you up and delight your taste buds. Some of the most popular items include the Nachos Supreme, Jalapeno Cheese Quesadilla, Bean Chalupa, Chicken Chimichanga, Steak Fajitas, Seafood Enchilada and their legendary California Burrito – stuffed with seasoned beef and whipped potatoes, then smothered in cheese and spicy gravy. For dessert, nothing beats the rich and creamy Fried Ice Cream, which consists of cinnamon ice cream rolled in corn flakes, drizzled with maple syrup and topped with whipped cream.

Located on the #Eastside, Casa Mexico is a family owned restaurant serving authentically delicious dishes. As soon as you’re seated, a friendly server will bring you warm ‘n crispy tortilla chips accompanied by freshly made salsa. I highly recommend getting an order of their holy-moly-it’s-good guacamole and cheesylicious chorizo queso, too. Please pace yourself, though; you wanna make sure to leave room for Casa’s hearty and scrumptious main entrees such as Chilaquiles, Tacos de Carne Asada, Pollo Campestre, Camarones a la Diabla, Chicken Burrito Verde and amazing Carnitas – sautéed pork served with lettuce, tomatoes, sliced avocados, onions, Spanish rice, refried beans and flour tortillas. One sweet way to end your dining experience is with an order of their rich and creamy custard called Flan.

Known as La Campana when it first opened, Paradiso has been a local favorite for over 40 years. Almost everyone can repeat Paradiso’s famous slogan: “Chips are free; dinner extra.” Along with being complimentary, they’re highly addictive, especially when accompanied by the slightly spicy and enormously tasty salsa. Choosing just what to order off Paradiso’s large menu is challenging, mainly because everything sounds tempting. To help you out, some of the most popular items include the Ultimate Quesadilla, Super Chalupa Salad, Seafood Grande Enchilada, Chicken Flautas, Tamale Fiesta, Chimi Fundido and Beef Super Burrito. If you love Fajitas, come to Paradiso on a Wednesday night when it’s all-you-can-eat Shrimp, Chicken, Steak, Pork or Vegetarian Fajitas accompanied by guacamole, pico de gallo, cheese, sour cream and warm tortillas. If you still have room left for dessert, an order their light and airy sopapillas, served with strawberry topping, whipped cream and honey, is a must try. 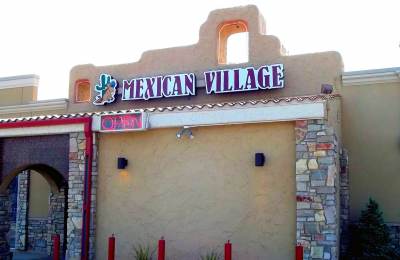 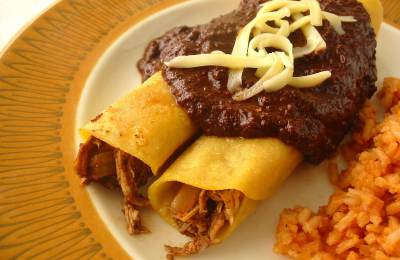 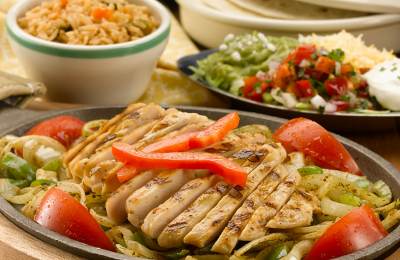