The Alerus Center is a state-of-the-art facility that can host various conventions, exhibitions, meetings and banquets. It also houses a regulation NCAA football and soccer field. The arena seats 13,400 for football or soccer and 22,000 for entertainment events. The Center features 17 luxury suites, eight concession stands, two vending sites, 14 ticket windows and four merchandise stands. With 130,000 square feet of exhibit space, it is the largest hall between Seattle and the Twin Cities. The Center opened its doors in February 2001 and has hosted such acts as Metallica, George Strait, Luke Bryan and Cher as well as family shows including Sesame Street Live! and Paw Patrol Live!

Eric Church in the Round: The Gather Again Tour

Eric Church in the Round: The Gather Again Tour 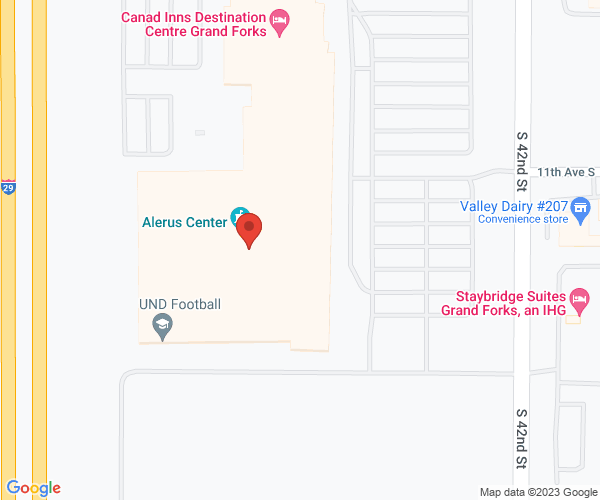